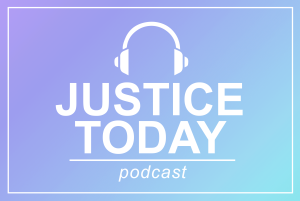 Chris Poulos: Making the Most of Second Chances

During this episode, Chris Poulos shares lessons learned during his remarkable personal journey from incarceration to lawyer and White House Fellow to senior corrections policymaker in the State of Washington.

This episode is part of Justice Today, the official podcast of the Office of Justice Programs. To subscribe to the podcast, copy and paste the URL into the podcast app of your choice.

Opinions or points of view expressed in these recordings represent those of the speakers and do not necessarily represent the official position or policies of the U.S. Department of Justice. Any commercial products and manufacturers discussed in these recordings are presented for informational purposes only and do not constitute product approval or endorsement by the U.S. Department of Justice.