Through SAKI, BJA has formed a partnership with the New York County District Attorney's Office (DANY) to leverage mutual resources and expand the number of sites receiving TTA and resources to address untested SAKs.

BJA established its relationship with DANY after learning of DANY's announcement of its $35 million program (the amount has since been increased to $38 million) to test SAKs and did so in the interest of coordination, avoiding duplication, and responsible management of taxpayer dollars. DANY's efforts to make funds available to agencies across the country is an extremely unique situation.

Together, BJA and DANY will coordinate and provide over $79 million to 43 jurisdictions in 27 states. This partnership is projected to result in the testing of approximately 70,000 previously untested SAKs. 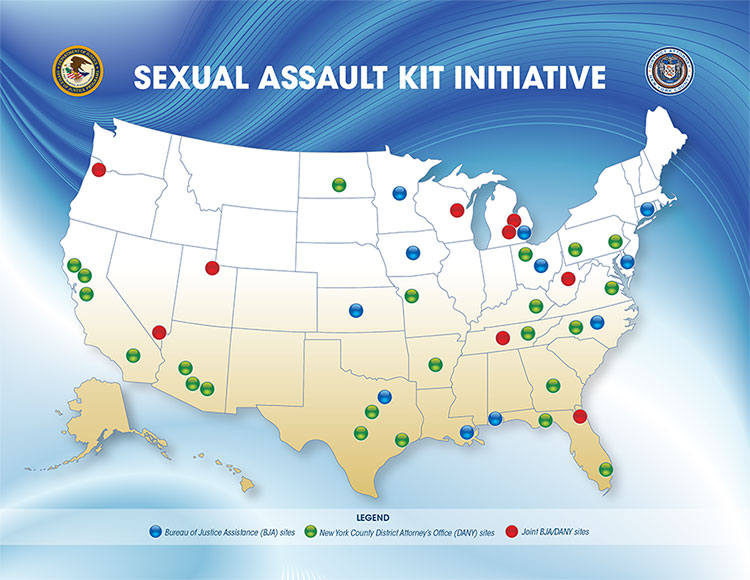 The above map depicts the sites/jurisdictions receiving funding from BJA, DANY or BJA/DANY in FY2015. BJA and DANY have closely collaborated on the selection of applicants for awards, and greatly increased the number of jurisdictions that BJA can support. BJA will continue this partnership throughout the duration of the project, especially as it pertains to awards where DANY and BJA are collaborating to support holistic testing and system reform initiatives in specific jurisdictions.