Gang violence has troubled the city for decades, but Compton has seen a substantial drop in gang-related crimes in recent years. 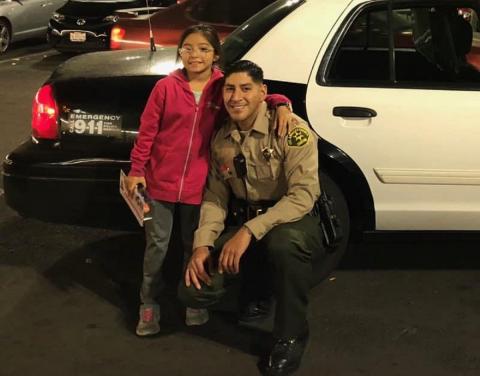 The city of Compton, California has long been synonymous with gangs and violent crime.

In the 1970s, Compton witnessed the rise of the notoriously violent Bloods and Crips gangs, who ran nationwide narcotics operations from the city. “Straight Outta Compton” entered the American lexicon in the late 1980s following the release of the rap album by N.W.A. It not only describes life in a city stricken by poverty and violence, but for Compton itself remains a lasting, dispiriting assessment of the city 30 years later.

Gang-related violence continued to plague the city, just south of Los Angeles, throughout the 1990s. In 2000, Compton actually disbanded its police department due to corruption, instead opting to receive law enforcement resources from the Los Angeles Sheriff’s Department.

While gang violence has long been a feature of Compton’s history, life in the city today is much different than in previous decades. With support from the National Public Safety Partnership (PSP), gang-related crimes have dropped dramatically and gang members have taken notice of the increased presence of federal law enforcement resources.

“For us in Compton, for the very first time ever in an election for mayor, crime was not the issue. That’s stunning,” said Bill Lansdowne, PSP Strategic Site Liaison in Compton, referring to the 2017 mayoral race. 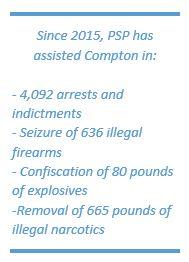 Over the last three years, law enforcement partnerships in Compton fostered by PSP have generated significant results. More than 4,000 individuals have been arrested or indicted and more than 600 illegal firearms taken off the streets. Law enforcement have also seized more than 600 pounds of illegal narcotics, including marijuana, methamphetamine, Fentanyl, cocaine, and heroin.

Compton was one of the first sites in 2015 named to participate in PSP, which provides a single point of access to a variety of U.S. Department of Justice resources, training, and technical assistance. It encourages collaboration and coordination of local crime reduction strategies with federal agencies, including the Bureau of Justice Assistance (BJA).

Through PSP, BJA assigns a site team to each jurisdiction to foster cooperation and collaboration among law enforcement agencies. The strategic site liaison is a critical member of the team, often a retired law enforcement executive. Lansdowne, for example is a former police chief in Richmond, San Diego, and San Jose with nearly 50 years of law enforcement experience.

Crime rates today are as low as they’ve ever been in Compton, even though gangs remain deeply embedded in the city. An assessment conducted at the start of PSP found 37 gangs and 3,790 gang members living in Compton.

As its official three-year participation in the partnership comes to a close, the city has developed a fiveyear strategic plan to guide ongoing efforts to reduce violent crime and build upon the relationships developed with federal partners. 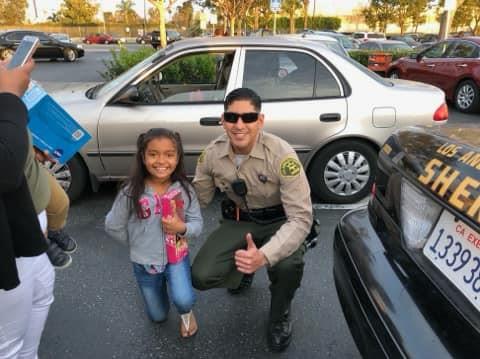 Captain Michael Thatcher of the Los Angeles Sheriff’s Department started as the Compton station captain in March 2016, about six months after PSP started. Since then, Thatcher credits the strategies and partnerships with federal law enforcement born of PSP as key to the success in Compton.

A significant challenge in combating gang violence in Compton was the ability of gang members in county and state prisons still maintain influence over gang operations. When gang members were arrested, they would reunite with comrades in local correctional facilities and continue their gang activities.

Law enforcement officials in Compton say the involvement of federal prosecutors has made many gang members decide to lay low and curb their criminal activity. Lansdowne noted that intercepted communications have found conversations in which gang members are overheard saying “Compton is hot. The feds are here.”

By strengthening the bond between the District Attorney’s Office and U.S. Attorney’s Office in seeking federal prosecutions when appropriate, law enforcement now has additional leverage over gang members facing charges in federal prison outside of California. This causes a reaction on the street, Thatcher said: gang members don’t want to be separated from their friends and family by being sent to a federal prison across the country.

To continue its fight against gang violence, Compton officials have identified enhanced collaboration with the U.S. Attorney’s Office as vital to sustaining the successes of PSP.

Capt. Michael Thatcher poses for a photo with two boxers competing in a match with the Compton Sheriff Youth Activities League.

Often, when friends or family members are in a gang, a child’s perception of the police can be negative, based on what they hear friends and family say about law enforcement.

To address this issue, PSP in Compton has worked hard to improve community engagement through youth programs and community events. The Youth Athletic League, run by the Sheriff’s Foundation, is the premier youth programming model in the city, offering year-round after-school activities.

“Allowing the youth to see us as human beings and understand what motivates us to do good, putting service above self, is something that can’t be talked about, it has to be shown,” Thatcher said.

Compton has also been supported by some famous former city residents. The city received a $10 million donation from hip-hop artist Dr. Dre to build a new Compton High School Arts Center and a $3 million grant from tennis stars Serena and Venus Williams to fund a community center for people affected by violence and other forms of trauma.

Resources and financial restraints have long been issues for Compton, Lansdowne said, but over the past three years, PSP has brought in the resources that the city couldn’t get anywhere else.

“The federal partners feel good about themselves. They’re on the street, they’re making a difference,” he said. “They understand, like I do, they’re saving lives in Compton.”