PSP Birmingham: 'All the tools in the toolbox' approach turns a city around

Buy-in from law enforcement agencies – prompted by a determined US Attorney and a new mayor – begets local-federal partnerships, which beget information-sharing and trust. Boosted by state-of-the-art intelligence and targeted federal prosecution, better policing results, and the worst offenders come off the streets. More barriers come down as nontraditional partners – the housing authority, probation and parole, youth services – work together to preempt the emergence a new generation of criminals. Violent crime rates begin to come down, morale improves, and a city on edge starts to come off it. That is the promise of the Public Safety Partnership – and it's working in Birmingham. 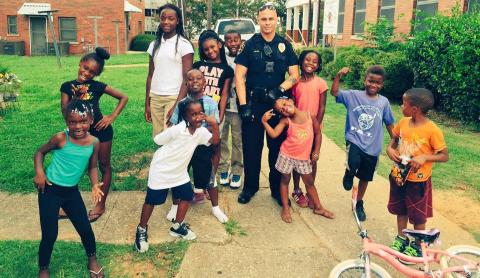 A year ago, no one doubted that Birmingham was a logical choice for the Public Safety Partnership (PSP), a new Department of Justice framework of federal support for American cities suffering from high rates of violent crime. The city was the third most violent in the country according to 2016 FBI crime statistics, up from fifth in 2015, and eighth in property crime rates. In 2015, for example, Birmingham recorded 79 homicides, 159 rapes, 1,114 robberies and 2,355 aggravated results – numbers as numbing for their year-in-year-out consistency as they were dispiriting for civic leaders looking for answers.

Whether PSP could work was an open question, however. Birmingham had new leaders in each of three positions critical to its prospects – a new police chief, a new mayor and new US Attorney – and the kind of collaboration between federal and local law enforcement agencies that's at the heart of the PSP approach was underdeveloped, to put it mildly.

Jay Town, a former judge advocate in the US Marine Corps, used his convening authority – cited by nearly every stakeholder as critical to PSP's success to date – to bring together the administration of Mayor Randall Woodfin, the Birmingham Police Department, the Jefferson County Sheriff's Office, and a host of federal agencies ranging from the FBI, ATF, DEA and the US Marshals Service so that they could align their resources and apply the latest crime fighting technology to bring down Birmingham's violent crime rate: two pillars of the PSP approach. 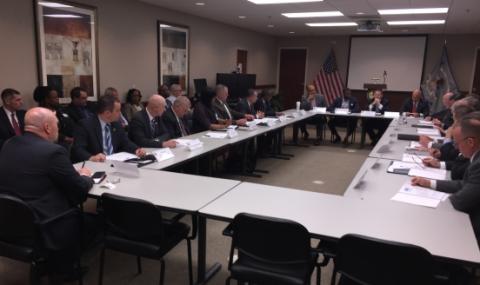 "PSP gets the credit for locking us in a room and keeping us there until we came together," Town said of the first meeting of the Birmingham Public Safety Task Force (BPSTF) in April. "But for PSP's presence in Birmingham, I don't know that we could get everyone at the table and pointed in the same direction."

"When I met Mayor Woodfin, our political backgrounds didn't align, but we stood shoulder to shoulder in our desire to reduce violent crime in Birmingham," he added. "The partnership is breaking down barriers, and that's critical. We've had a lot of challenges due to turnover [in the city's leadership], and we've had to convince everyone we're trying to help."

"People in Birmingham were largely suspicious of law enforcement, and frustrated by the lack of progress in lowering crime rates," he said. "For PSP to work would require a significant effort by the mayor's office, US Attorney's Office, local, state and federal agencies in planning and implementation. The US Attorney's Office put forth an incredible effort. It's the glue for everything that's happening and the partnerships being formed."

Mayor Woodfin, for his part, saw a natural alignment between PSP and his five-point crime reduction and public safety plan, which focuses on reducing handgun violence, putting first responders first, and crime prevention.

Brandon Johnson, the city's Director of Community Engagement, said, "What we're seeing so far is an unprecedented level of cooperation. I'm particularly impressed by how aggressively PSP is looking at best practices from a local posture. We're early in the process, but PSP is giving people confidence to really collaborate."

Through weekly meetings, the Public Safety Task Force serves as the enforcement wing of Birmingham PSP, aligning federal and local resources in the service of two intertwined goals: getting so-called 'alpha' criminals – repeat offenders responsible for a majority of violent crimes – off the streets through application of federal charges for crimes that previously earned local ones, and using latest gun crime technologies to tie weapons used in shootings to their rightful owners. 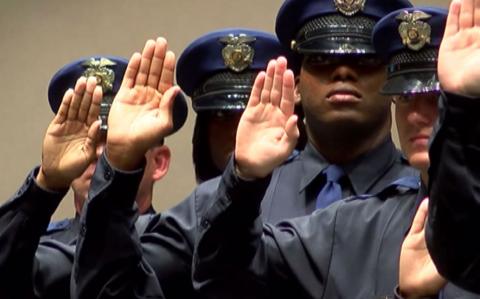 In May, a two-month operation led by US Attorney Town, ATF, the Jefferson County Sheriff's Office, and the Birmingham Police Department culminated in federal charges against 71 defendants and the seizure of about 141 guns. Six weeks later, a similar operation in nearby Bessemer involving the same federal and local agencies netted 35 federal and local charges and more than 20 guns.

David Hyche, ATF special agent in charge for Birmingham, said meting out federal time without parole serves as powerful deterrent for repeat offenders, and wouldn't have been possible without the use of ATF's National Integrated Ballistic Information Network, which automates ballistics evaluations and provides timely investigative leads. That same gun crime intelligence led to the solving of a February shooting at Western Hills Mall in Birmingham that left the mall manager dead and shook the community.

"This is joint work that has resulted in large investigations that have showed us that most crime guns in Birmingham can be traced to short-time sales made within the past year. That's critical," Hyche said. "And whereas the BPD hadn't received extensive briefings on the work of federal offices in the city before, now we're sharing information better and connecting staff. PSP is the genesis of that, the buy-in to gun crime intelligence."

"We need all the tools in the toolbox – that's the value of PSP. We've never seen our federal partners move so quickly," said Praytor, a 28-year veteran of the BPD. "The more intel you have, the better you can combat crime.

"At the end of the day, you want to incarcerate as few people as possible, but the right ones, the true criminal elements that are driving crime. It could be four or five people, but if you get the right ones, the others fall away. As we begin to roll out PSP, it's the people around the bad players who are beginning to notice it."

What has earned Birmingham PSP the attention of jurisdictions around the country – what some call the carrot to the BPSTF's stick – is the nontraditional approach of the site's second branch, the Birmingham Safe Neighborhoods Task Force (BSNTF).

Designed to address the root causes of crime by engaging government, nonprofit, faith-based, and corporate citizens in a "collaborative process to ensure parity in prevention, enforcement and prevention; strengthen protective factors that prevent criminal behavior and reduce recidivism; and create a coordinated action plan around prevention and reentry," the BSNTF has brought on board the Housing Authority of Birmingham District (HABD), the Alabama Board of Pardons and Paroles, and the Department of Youth Services in a full-court press intended to keep youth from entering the juvenile justice system in the first place. 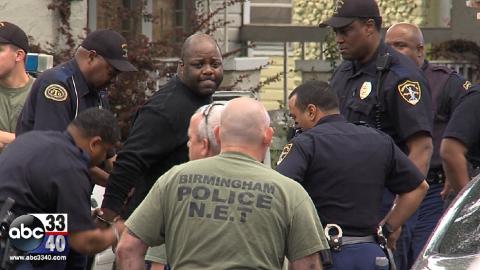 The resulting partnerships have already yielded fruit: HABD is working with the Mayor's office to bring the Center for Court Innovation to Birmingham, and with the Helping Families Initiative, a non-profit organization partnering with the Jefferson County District Attorney in a crime-prevention effort designed to improve family function by connecting families to resources and providing case management support. Brandon Johnson, the city's Director of Community Engagement, said in early August that he had conducted more than 40 one-on-one meetings with social service agencies about PSP in the past month, which for many was their "first chance to interactive positively with the US Attorney's Office."

US Attorney Town said the response has been so positive that other cities have taken notice and begun reaching out to Birmingham as a model for their own initiatives.

Observed Joseph Bryant, Interim Vice President of Community Engagement for HABD, "The success of PSP will depend not just on the number of police officers on the street, but on understanding what residents' issues are. Ultimately, we can't be successful until people feel safe and secure. We can't empower people if they feel endangered."

Information is flowing freely among newfound partners, policing is more efficient, technology has improved – and so has morale among law enforcement and social service agencies. One year in, is PSP working in Birmingham?

But Captain Praytor of the BPD cautioned against being held captive by statistics – "ultimately it's difficult to measure the number of homicides prevented" – and shifted the focus to the institutionalization of the local-federal partnerships in Birmingham and the additional resources provided via PSP: seven detectives added to BPD's homicide and assault units; four new Assistant US Attorneys for the Northern District of Alabama, to focus on reducing violent crime; and evidence-based training on everything from social network analysis to homicide process mapping.

As PSP winds up in the next two years, the quality of the strategic plan currently in development, and the ongoing buy-in from all stakeholders, will determine its sustainability in Birmingham, which in turn will have much to say about the quality of life in this city of 210,000.

"There is a general awareness now that something is going on – Birmingham officers see that local and federal agencies are working together and that it's having an impact on how the city is fighting crime and how residents are experiencing their quality of life," said site liaison Theron Bowman. As a result, Brandon Johnson added, "we will work to institutionalize the task forces, to make this the new norm in terms of working with all parties."

Said US Attorney Town: "With two more years, I expect to see more impact in terms of violent crime, to see this culture change find its way into the bloodstream of agencies.

"Now is a real good time for us all to be good at our jobs."