After reports of violent crime hit an 11-year high in 2017, Memphis has seen an 8.1% decrease in violent crime through the first six months of 2018. 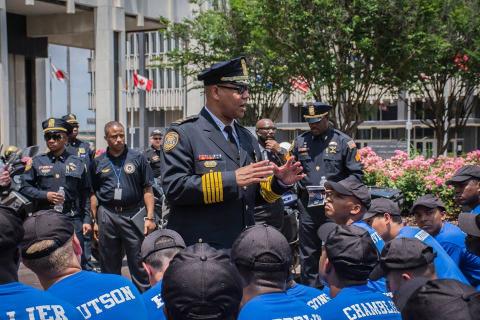 The Raines Station precinct in Memphis, Tennessee, is home to the city's biggest tourist attraction – Graceland, famed residence of Elvis Presley. In the center of Raines Station, Graceland attracts tourists from around the world who want to tour the mansion Elvis called home for more than 20 years.

But Raines Station, a largely residential area with a population of 102,000, has presented a different kind of notoriety for the Memphis Police Department.

From 2011 to 2017, violent crime reports in Memphis increased 25 percent, reaching near-historic levels that hadn't been seen since 2006. During that period, the Raines Station precinct saw more homicides and nonfatal shootings than any other precinct in the city.

To help Memphis and its law enforcement personnel address this trend, Attorney General Jeff Sessions announced in June 2017 that Memphis would be one of 12 sites to join the newly formed National Public Safety Partnership (PSP). PSP provides a single point of access to a variety of Justice Department resources, training, and technical assistance. It encourages collaboration and coordination of local crime reduction strategies with federal agencies, including the Bureau of Justice Assistance (BJA).

In Memphis, law enforcement officials have focused their PSP resources and enforcement efforts on Raines Station. The goal, officials say, is to create a model that reduces violent crime in the area and then replicate that model throughout the city.

"We are focusing on laying a foundation that will reduce violent crime for years to come," said Jane Castor, the Strategic Site Liaison (SSL) assigned to the Memphis PSP team. 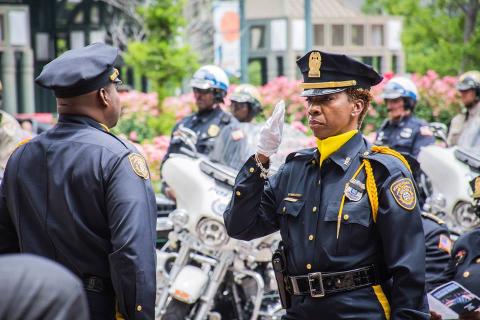 As part of PSP, BJA has assigned a site team to each jurisdiction to foster cooperation and collaboration among law enforcement agencies. The SSL is a critical member of the team, and often a retired law enforcement executive. Castor, for example, is a former police chief in Tampa Bay with 31 years of law enforcement experience.

The PSP team supports officers and the gang unit in Raines Station, in part through weekly conference calls. During those calls, officers discuss weekly crime reports and the initiatives they've put in place so the PSP team can have real-time information about how these efforts are working, Castor said.

Additionally, the U.S. Attorney's Office has added a prosecutor — one of two positions newly created in the office — to focus on gun violence in Raines Station. In December 2017, Attorney General Sessions announced 40 new Assistant U.S. Attorney positions across the country to support the fight against violent crime. The new prosecutor in Memphis has focused on business robberies, carjackings, and crimes involving firearms.

Although PSP site in Memphis has only been in operation for a year, early returns are promising. Through the first six months of 2018, violent crime in Memphis is down 8.1 percent, with Raines Station leading the way.

Deputy Chief Don Crowe said PSP has helped to motivate the department and train the detectives and police officers who deserve the credit for the drop in crime so far in 2018. 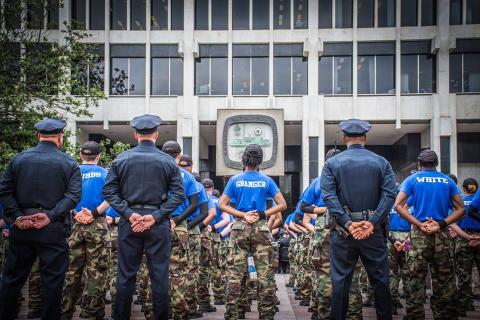 In addition to the increased focus on Raines Station, support from PSP over the past year has helped the Shelby County District Attorney launch a focused deterrence program named "Operation Comeback." Beginning in February 2018, it has provided ten high-risk offenders a wide array of social services to help them change their criminal lifestyles.

Operation Comeback recognizes that a relatively small number of offenders commit a disproportionate amount of crime in the communities where they live. Collectively, the ten individuals selected for the first phase of the program have been arrested 260 times, victimized 111 people, and have been convicted of 141 crimes, including aggravated assault, felony thefts, aggravated burglary, and domestic assault.

The program has had a positive impact in its first few months, with more than half of participants obtaining a job they gained with the support of Operation Comeback. Castor said the District Attorney's Office is preparing a second program round aimed at gang members in the city. 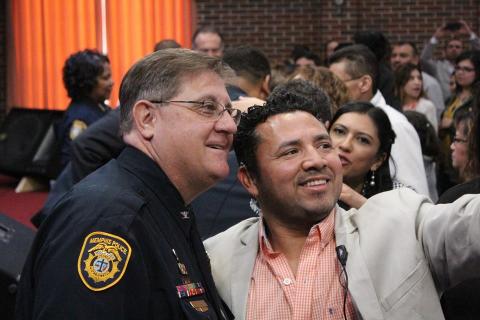 With support from PSP, the Memphis Police Department has also engaged in a number of assessments to evaluate its response to gang violence, homicide investigations, and victim services.

Deputy Chief Crowe said the homicide investigation assessment has brought about the most significant changes thus far. The department is still in the process of implementing best practices they've studied from colleagues around the country, but some early adjustments include how personnel are assigned cases and an overall increase in manpower to investigate homicide cases.

With a focus on creating a violent crime reduction model in Raines Station that can be replicated across the city, Crowe said PSP overall has given Memphis a chance not to accept the status quo, but to look ahead to a very different — and better — future.