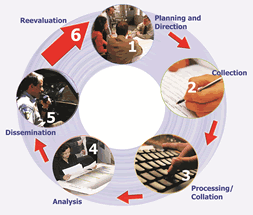 The effective sharing of criminal intelligence is essential to prevent criminal activity, including terrorism-related events. Since 2001, numerous efforts and initiatives have been developed to improve law enforcement’s ability to share information and intelligence. These efforts include the national fusion center initiative, the Nationwide Suspicious Activity Reporting (SAR) Initiative, and the continued implementation of intelligence-led policing. All of these efforts have the purpose of improving law enforcement’s ability to prevent crime and terrorism; however, to ensure success and viability, these initiatives must be coordinated. Through this coordination, law enforcement and homeland security agencies and personnel can be confident that no matter what the initiative, all agencies and partners are working hand in hand to improve intelligence sharing together and not disparately. The cornerstone of this nationwide coordination is the Criminal Intelligence Coordinating Council (CICC or “Council”). The CICC is a group under the U.S. Department of Justice’s (DOJ) Global Justice Information Sharing Initiative (Global), an advisory body to the U.S. Attorney General.

Because of its role within the nation’s intelligence landscape, the CICC is in the unique position to serve as the voice for all levels of law enforcement, which it does by advising the U.S. Attorney General, through the Global Advisory Committee, on the best use of criminal intelligence to keep our country safe. The Council strives to ensure that every chief, sheriff, and law enforcement executive has a stake in its effort so that all law enforcement and homeland security agencies understand their role in the development and sharing of information and intelligence. The CICC also collaborates with federal partners—including the U.S. Department of Justice, the U.S. Department of Homeland Security, the Federal Bureau of Investigation, the Program Manager for the Information Sharing Environment, and the Office of the Director of National Intelligence—to coordinate national initiatives focused on intelligence sharing. The advice and recommendations of the CICC and its membership have also been sought by the Secretary of the U.S. Department of Homeland Security, members of Congress, and representatives of state government.

The coordination that the CICC strives for has far-reaching effects, the most significant being the continued active involvement of local, state, and tribal law enforcement and homeland security agencies in nationwide criminal intelligence sharing efforts. It is only through the institutionalization of coordination and collaboration among all agencies—regardless of size and jurisdiction—that we can effectively and efficiently develop and share criminal intelligence, resulting in a safer nation.

Questions regarding the CICC should be sent to [email protected].