On April 16, 2008, the Brookline Fire Department responded to a report of a house fire which indicated that someone in a wheelchair was trapped on the second floor. Due to the heavy smoke and volume of the fire, all the firefighters were ordered out of the building. During the evacuation, a backdraft caused the partial collapse of the second floor ceiling. At the same time, Firefighter Stephen Nelson was knocked down and was partially buried under debris. The backdraft also knocked down several firefighters at the second floor doorway, sending one of them tumbling down the stairs, taking Acting Lieutenant Gerald Murphy with him. Acting Lieutenant Murphy quickly recovered and immediately crawled back up the stairs, found the nozzle of Engine Co. 1's line, and began moving into the heavily involved fire. At the same time, Lieutenant Paul Pender and Firefighter Frederick Johnston rushed up the stairway and Acting Lieutenant Murphy directed them to Firefighter Nelson. Without hesitation or concern for their own safety, they all advanced into the second floor, located Firefighter Nelson, and rescued him. Afterwards, all four men were treated for second-degree burns. 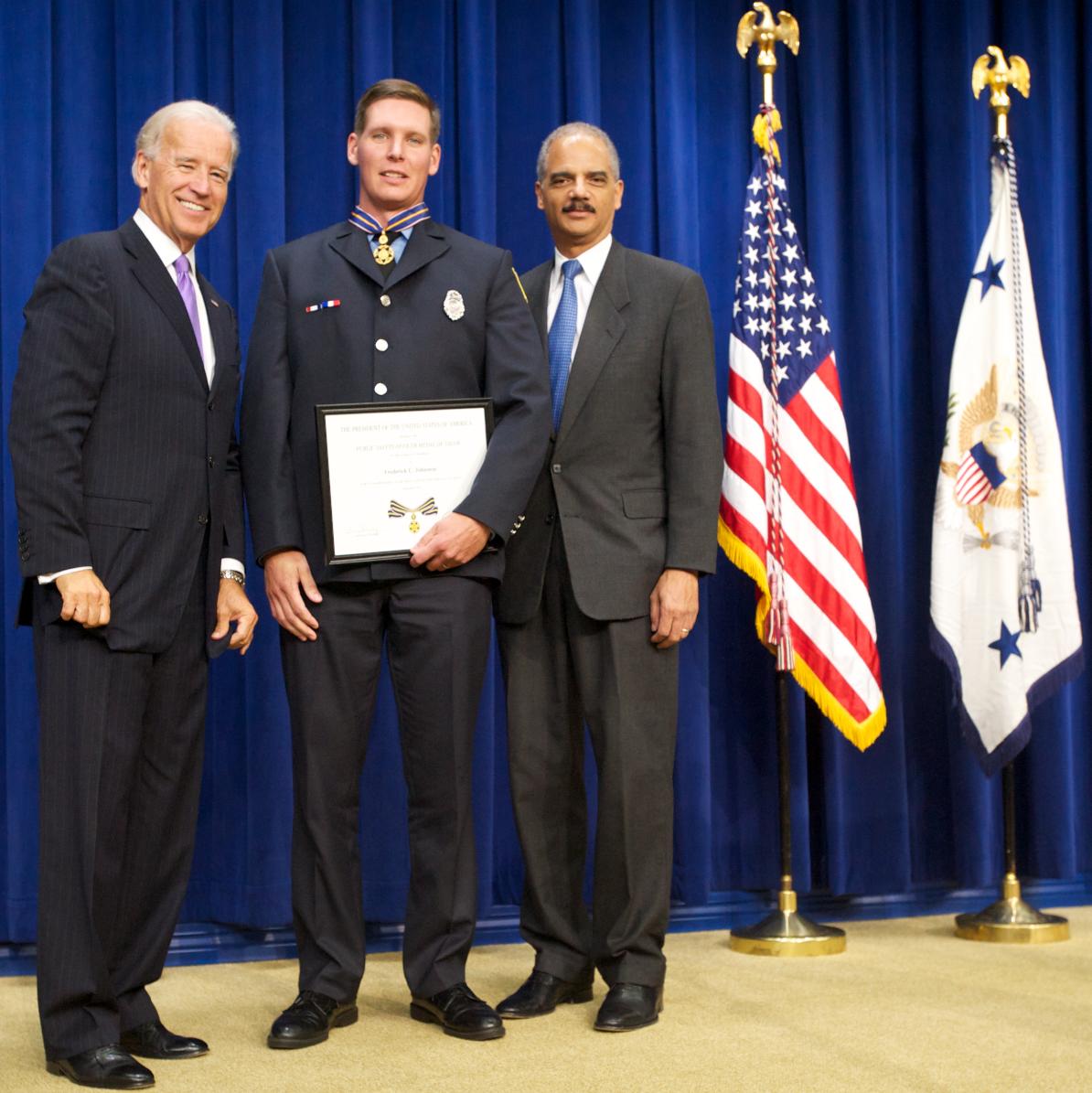