On January 29, 2008, Detective Jared Reston was working off-duty at the Regency Square Mall when he received a call about two shoplifters. One suspect had been taken into custody, but the other had fled on foot. Detective Reston ran after the fleeing suspect and caught up with him in the 9400 block of Atlantic Boulevard, where the suspect turned and shot Detective Reston several times with a Glock .45 pistol. In spite of his wounds, Detective Reston managed to regain his focus and, while still lying on the ground, drew out his service weapon and returned fire, striking the suspect several times and ending the pursuit. 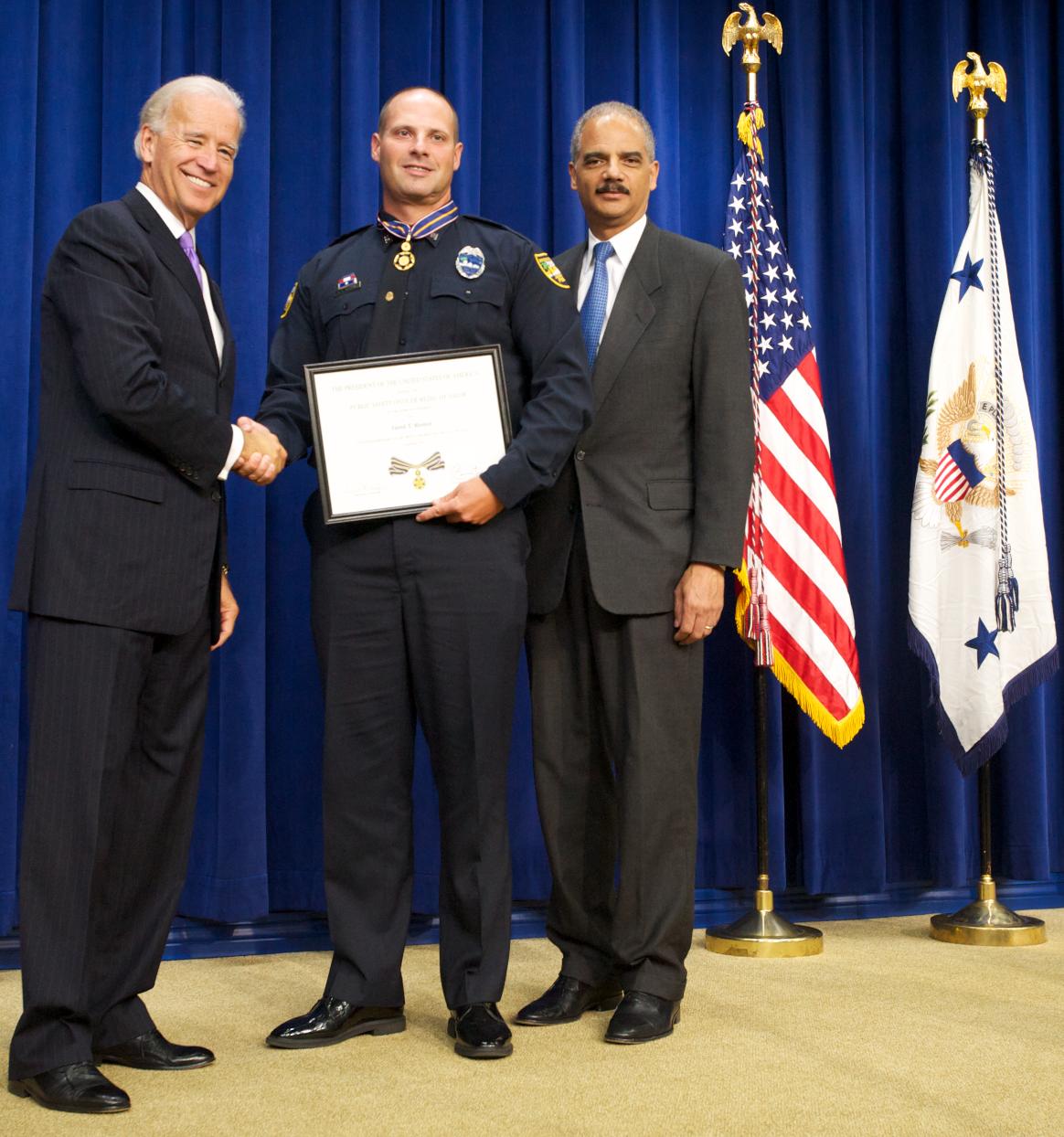