On January, 23, 2011, the Kitsap County Sheriff's Office had been given information on the location of a possibly armed suspect, accompanied by an underage female who was reported as missing from Utah and a runaway. Deputies Stacy and Ejde approached the suspect and his 13 year-old companion as they sat outside the entrance to a Walmart Store in Port Orchard, Washington. These deputies were assisted by Deputy Krista McDonald who had responded as an additional back-up.

Advancing toward the suspect without benefit of protective cover, Deputy McDonald stayed in the gunfight and returned fire. The suspect was struck in the left leg and dropped to the pavement where he continued to fire on the deputies. By this time Deputy McDonald had moved to within 60 feet of the suspect, placing herself in the line of fire to distract the suspect.

The young girl, witnessing this, ran over to the suspect. As she approached she was shot by the suspect and mortally wounded. Moments later the suspect then committed suicide when he turned his handgun on himself. 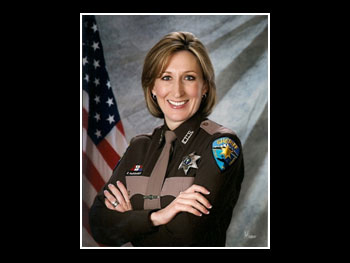 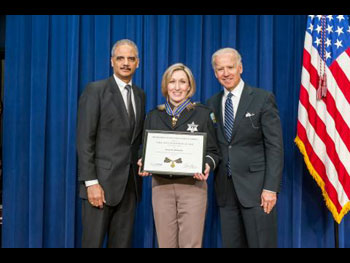