On May 20, 2010, Officer Neal answered a call for assistance after two West Memphis Police officers had been shot and killed during a traffic stop along Interstate 40, and engaged two suspects in the Walmart parking lot. The two suspects were engaged in a firefight with Sheriff Dick Busby and Chief Deputy W. A. Wren. The Sheriff and Deputy, armed with only handguns, were taking fire from an AK-47 assault rifle and a handgun.

Both suspects were pronounced dead at the scene. By putting himself in harm's way, Officer Neal's actions undoubtedly saved the lives of Sheriff Busby and Deputy Wren, both of whom were injured by the suspects. Officer Neal was only slightly injured. 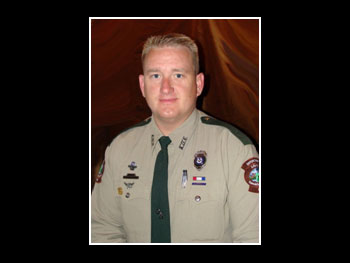