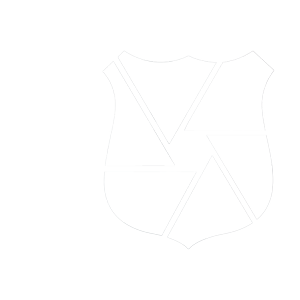 Interactions between law enforcement and the public-whether for community engagement, crime prevention, law enforcement, or investigation-are necessary to support the public safety mission. These official duty interactions produce information, intelligence, and evidence that also support the public safety mission. While body-worn cameras (BWC) provide an opportunity to preserve these interactions with greater detail and accuracy than previous technology, such preservation raises new privacy questions and concerns. In addition, police use of force, which is sometimes necessary in order to maintain peace and prevent disorder, strains police-community member relations. The promise that BWC video will provide a recorded accounting of events is appealing to the criminal justice system as well as privacy advocates. However, it is important to understand all of the privacy and liability considerations involved (e.g., when and how to record, view, discard, redact, and share video). The considerations are complex and broad, so jurisdictions should conduct research, talk with those who have implemented programs under similar legal environments, and collaboratively problem solve these difficult issues with community members and advocacy groups.

Center for Democracy & Technology letter of recommendation to the 21st Century Policing Task Force with recommendations about capture, retention, sharing, and use of BWC 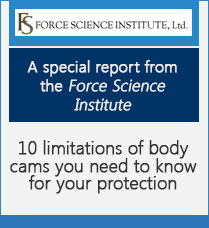 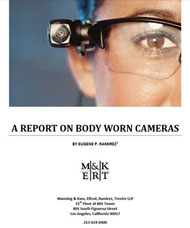 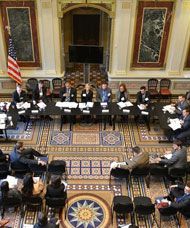 Each department must fully examine its state, local, and tribal laws to determine when it is lawful to record events. Most communities, however, fall into one of two groups.

The first group is composed of those communities that require one-party consent. In these communities it is lawful to record communication when consent is obtained from one person (e.g., officer, suspect, or victim). Within these laws, there might already be exceptions that would cover body-worn cameras (BWC). Nonetheless, in these communities, it is up to law enforcement to determine whether they inform the individual of the recording. The Police Executive Research Forum (PERF) recommends that officers inform members of the public that they are being recorded "unless doing so would be unsafe, impractical, or impossible," (PERF, 2014: 40). PERF emphasizes that this does not mean that they are required to have consent to record, only that they inform the person that they are recording. The rationale for this is straightforward. If BWCs do produce benefits in terms of change in behavior (civilizing effect), those benefits can only be realized if the community member is aware of the recording.

The second group are those communities that require two-party consent. This means that it is not legal to record the interaction unless both parties consent to it being recorded. As stated above, there might also be exceptions within these laws that may cover BWC recordings. Two-party consent laws can present special problems to law enforcement agencies that are interested in implementing a BWC program because the law enforcement officers have to announce that they would like to record the interaction and obtain approval from the member of the public. As a consequence, some states such as Pennsylvania have successfully modified existing statutes to allow the law enforcement to use BWCs without two-part consent (Mateescu, Rosenblat and Boyd, 2015).

The decision by a law enforcement agency to implement a body-worn camera (BWC) program represents an enormous investment of time and resources. The following are some of the concerns related to BWC programs:

Participants in the February 26-27, 2015 Bureau of Justice Assistance BWC Expert Panel discussed the understandable fears victims express about the public release of their recorded statements. Damon Mosler, Deputy District Attorney of San Diego (CA) County, suggested those concerns are broader than one may initially consider. "Most policies record all law enforcement activities, but you will capture confidential, biographical, and financial data of victims and witnesses. What are victim impacts for juveniles being recorded? What about informants caught on tape? Ancillary bystanders–when you have multiple officers responding, you have different tapes. Some may shut off, some may not." Panel participants also discussed the fear victims may have about how the video could be used against them.

Further illustrating the complexity of this issue, Maggie Goodrich from the Los Angeles (CA) Police Department shared that during discussions with victims' rights advocates, the LAPD found that "some want recordings–such as when a victim is being interviewed by an expert in a rape treatment center, yet some are concerned that victims' memories right after trauma is initially fuzzy and may become clearer over time, and prosecutors don't necessarily want two different statements."

Law enforcement agencies will benefit from a public education campaign that is focused on increasing public awareness of the body-worn camera (BWC) program, the goals for the program (why the agency has adopted the cameras), and what to expect in terms of benefits and challenges. The public education campaign can be part of a larger effort by the agency to demonstrate transparency and to improve outcomes with the community. The local media can be an important partner in the public education campaign, through print, radio, and television reporting on the BWC program. Decisions about how much information to provide and how to provide it (web site, public service announcements, media reporting, etc.) should be made locally.

Several participants of the Bureau of Justice Assistance BWC Expert Panel shared their community outreach efforts. Michael Wagers, Chief Operating Officer of the Seattle (WA) Police Department, explained Seattle took three months to rewrite its BWC policy because it posted the policy publically to seek input from stakeholders. Wagers emphasized the significant value in this approach, "We had an agreement with the police union and included them in the policy development process–we ended up using a lot of input from external stakeholders as well." Inspector Steve Goodier of the Hampshire Constabulary in the United Kingdom suggested a pre- and post-survey of both the community and officers, explaining that it was wonderful to have the data to demonstrate internal and external support of BWCs ("85% support among the public support as well as overwhelming positive support from officers").

Law enforcement agencies should consult with their local prosecutors and legal counsel as they design their data storage policies. Laws governing how long video must be stored may vary across cities, tribal governments, and states. Video that depicts an arrest or critical incident may have to be stored for an extended period of time. Departments have varied policies on how long they keep video that depicts an encounter where no formal action is taken. Some departments will store such video as long as a community member can file a complaint. For example, if members of the public can file a complaint for up to six months after an encounter with a law enforcement officer, it may be necessary to keep all video for six months so the video can be accessed to assist with the complaint investigation. State law may dictate the length of time for storage of more formal law enforcement encounters with members of the public. These are important issues that law enforcement agencies should discuss with their prosecuting authority before procuring storage systems or enacting any policies regarding storage.

Some departments classify body-worn camera video as either "evidentiary" or "non-evidentiary." Evidentiary video includes footage that can be used for investigative purposes, and many departments have created sub-classification systems of types of videos (homicide, use-of-force, arrest, mental health commitment, etc.). The length of time a video is retained is then typically determined by how the video is classified (evidentiary or non-evidentiary) and, if evidentiary, the type of encounter.

Many of those surveyed by the Police Executive Research Forum (PERF) retain non-evidentiary video for 60-90 days. Regardless, retention times should be specifically stated in department policy, as should the process for data deletion. As an indicator of transparency, many departments publicly post their retention policies on their web site.

The PERF report (PERF, 2014) also identifies a number of data storage issues that should be covered by policy and put in place:

Results from the Police Executive Research Forum (PERF) surveys of law enforcement executives demonstrate that a number of agencies have engaged with their residents in a positive way regarding the deployment of body-worn cameras (BWC). A number of departments have used adoption of BWCs as an opportunity to demonstrate transparency to the community. Numerous experts strongly recommend engaging in dialogue with members of the public about BWCs before the technology is deployed on the street. Chief Farrar of the Rialto (CA) Police Department stated, "You have to engage the public before the cameras hit the street. You have to tell people what the cameras are going to be used for, how everyone can benefit from them." (PERF, 2014: 21) Other agencies, such as the Los Angeles (CA) Police Department, have solicited community input regarding the development of their administrative policy, and many agencies have used social media to engage residents on the technology.

The February 25-26, 2015 Bureau of Justice Assistance BWC Expert Panel participants emphasized that BWC programs are only one piece of the puzzle, offering the following thoughts:

There is potential to integrate body-worn cameras (BWC) with facial recognition systems. The use of facial recognition and BWCs may pose serious risks to public privacy. Agencies that explore this integration should proceed very cautiously and should consult with legal counsel and other relevant stakeholders.

Departments vary in how they have implemented body-worn camera (BWC) programs. However, there are two common themes.

First, the vast majority of departments have implemented their BWC programs with officers assigned to patrol. The rationale for deploying the technology with front-line patrol officers is that officers on patrol have the most contact with the public. Some departments have also expanded their use of BWCs beyond patrol into specialized units such as K-9, SWAT, specialized driving under the influence teams, and investigations.

Second, many departments have adopted an incremental approach to deployment by restricting use to a small number of officers for an initial pilot period. Departments have found that this type of approach helps to overcome potential officer anxiety and resistance and enables a department to make mid-term revisions as it learns how this technology affects the community as a whole. Such a strategy also allows other units in the department the time to adapt to the new technology. In many cases, the initial group of officers assigned to wear cameras are volunteers who often become "internal champions" for the technology.

Lindsay Miller from the Police Executive Research Forum stated, "The decision to implement a BWC program should not be entered lightly–once implemented it is hard to scale back from that course. Agencies need to thoughtfully examine the idea of a BWC program and have written policies in place (something not all agencies do)."